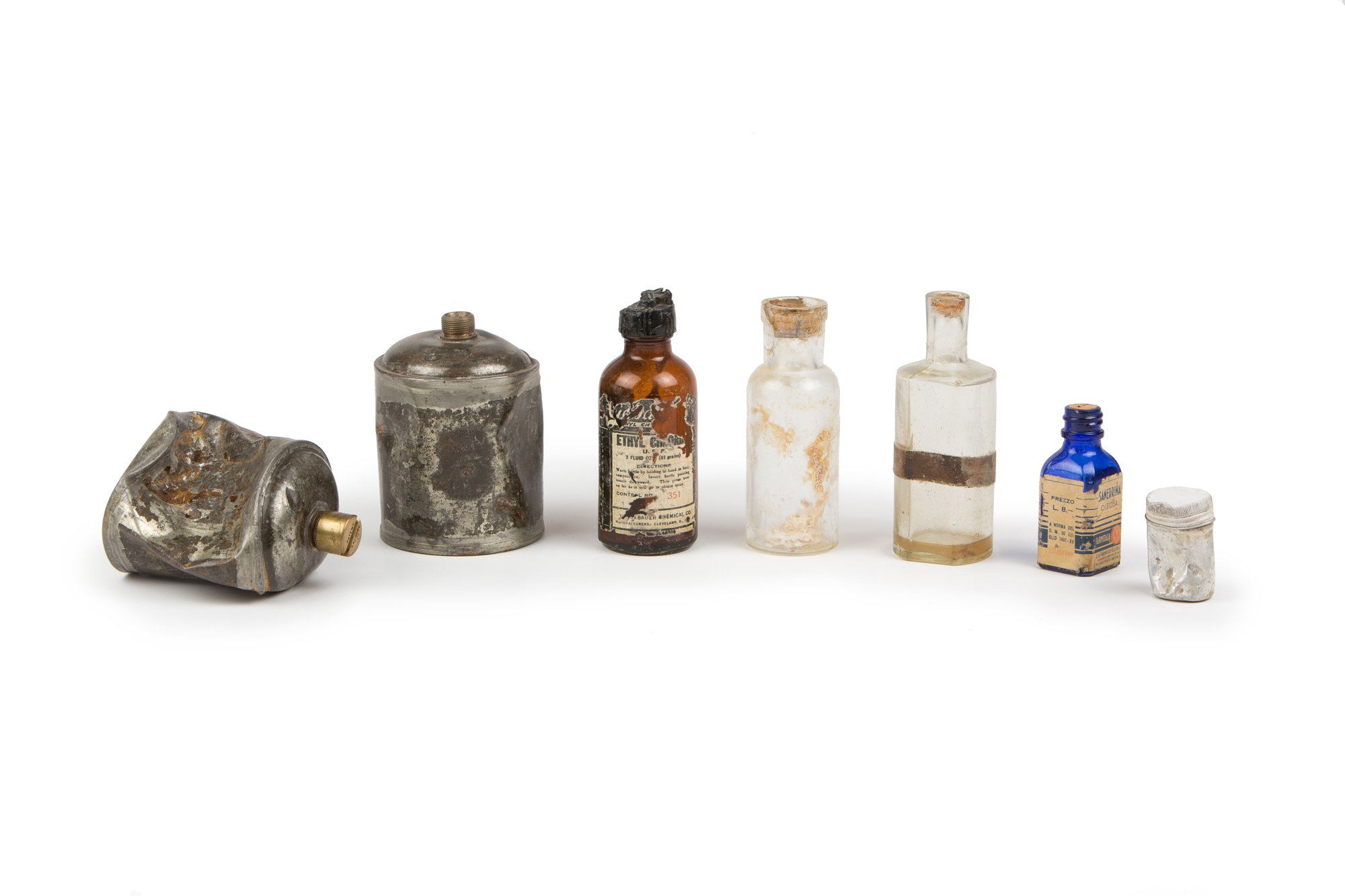 The postcards show us the changes of towns and villages and their architecture as well as the viewpoints and sightseeing destinations and other specialties and attractions in the Idrija and Cerkno regions (the Idrija Mercury Mine, Franja Partisan Hospital, Cerkno runners (laufarji)…). The Idrija Municipal Museum’s collection of postcards boasts 2,408 units, a fifth of it being postcards and real-photo postcards dated in the period until 1918, that is the period of Austria. The earliest examples of postcards date back to the 19th century. From the period up to the end of the First World War, the most common motif was the panorama image of Idrija and Cerkno, followed by images of the more important buildings, social postcards and those with portraits, and between 1914 and 1918, the most common were the postcards with military motifs. The only available photographic material of the mercury mine, the miners and work in the pit from that period are the priceless postcards with mining motifs. We encounter the first postcards with a lace motif (bobbin lacemakers working) in the 1920s or 1930s. 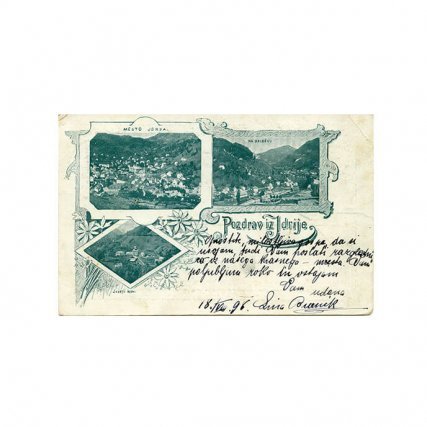 The oldest postcard:
The postcard of Idrija, sent to Ljubljana on 19 August 1898 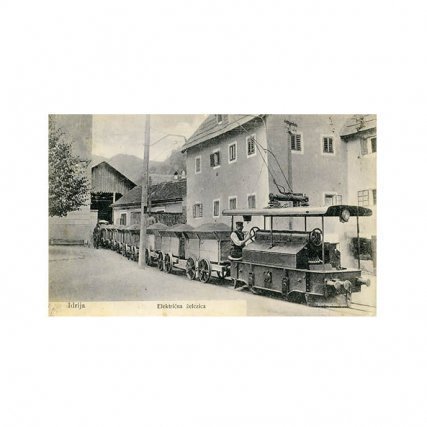 Mining postcard:
Electrical locomotive of the Idrija Mercury Mine 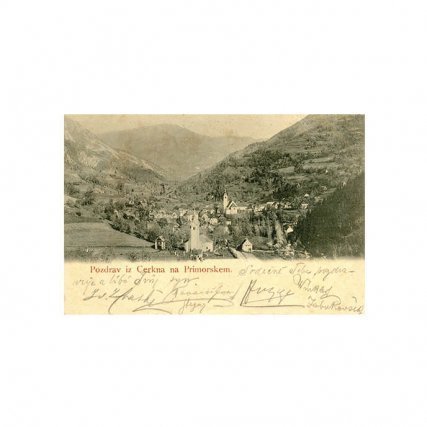 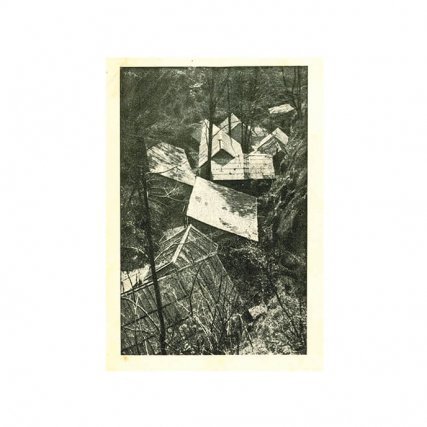 The oldest photo-postcard with a date was sent from Idrija to Ljubljana on 19 August 1898. It contains three motifs: the Idrija town centre, the eastern part of the town with St Barbara’s church and the Joseph’s Shaft building. The photographer and publisher are unknown. 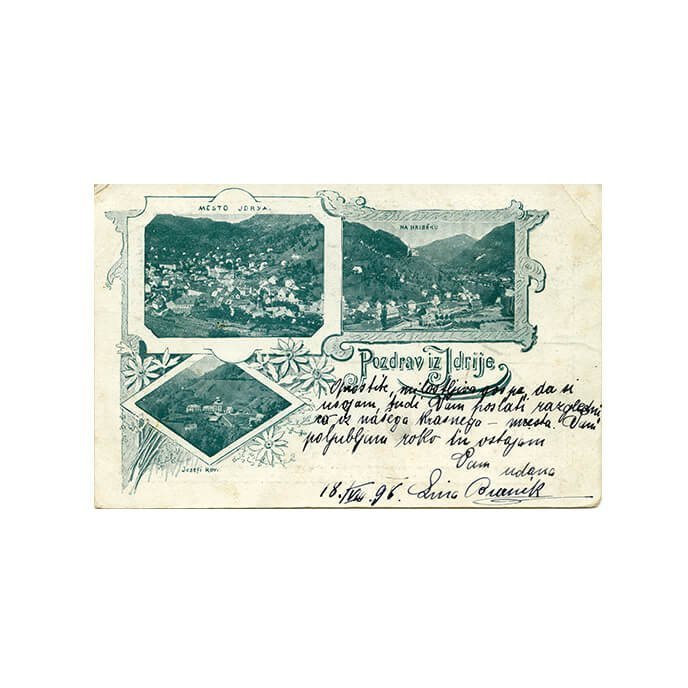 Electrical locomotive of the Idrija Mercury Mine. The postcard was sent from Idrija to Kamna Gorica (Steinbüchel) on 7 November 1905. The photographer and publisher are unknown. 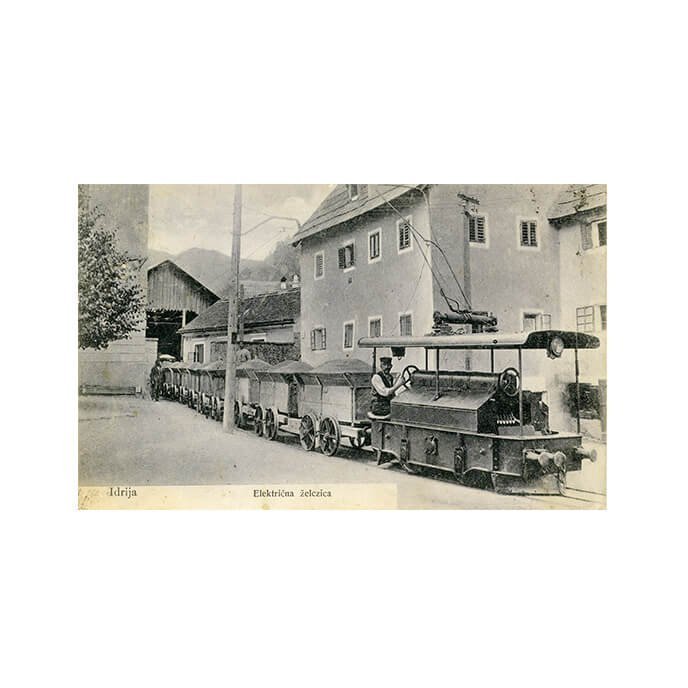 Panorama of Cerkno, a photo taken on the way to Čelo. St. Bartholomew’s church at the forefront (a funeral parlour in front of it), St. Ana in the distance. The postcard was sent in 1899. The photographer was Anton Jerkič. 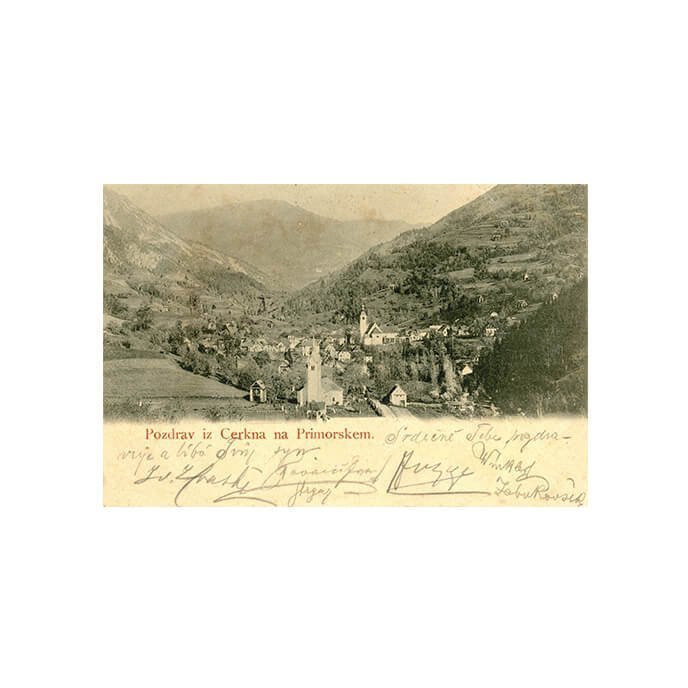 A black-and-white green-toned postcard with a view from the upper bridge to the gorge where Franja Partisan Hospital is located. The postcard was created after 1945. The photographer and publisher are unknown. 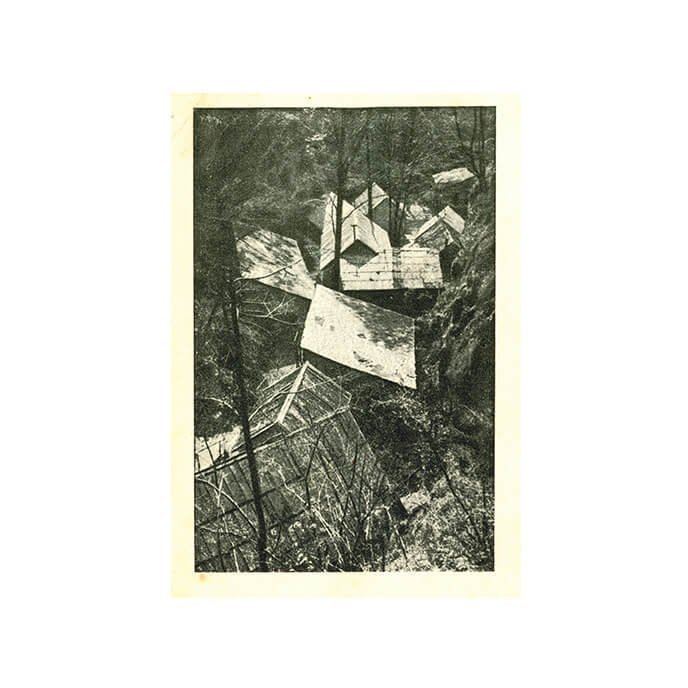