Our heritage: where the past meets the future — the European Year of Cultural Heritage 2018

The year 2018 was declared the European Year of Cultural Heritage in order to promote greater interest in heritage as a central component of cultural identity, cultural diversity and intercultural dialogue. Events and other activities stimulated the strengthening of our sense of belonging to a united Europe and awareness of our common cultural heritage.

In Slovenia, many stakeholders got actively involved in celebrating the European Year of Cultural Heritage. We wanted to introduce cultural heritage to everyone, especially children and the young people, and encourage active dialogue on its future role in an interesting and relaxed way. Central events of celebration of the European Year of Cultural Heritage in Slovenia included The Cultural Bazaar (5 April 2018), Europe at School (9 May 2018), European Heritage Days (September 2018), etc. On International Museum Day, we at the Idrija Municipal Museum offered the public the opportunity to visit and see the updated castle lapidarium on 18 May, while on 19 May, they were able to visit an exhibition titled Children Help Children, set up in the Franja Partisan Hospital, a holder of the European Heritage Label. The exhibition’s objective was to present humanity, companionship and solidarity — the values that the children have personified in their art works. On 1 June, we organised a meeting of the monument sites that are European Heritage Label holders in Slovenia, Croatia, Hungary, Italy and the Czech Republic, and on 23 December, we celebrated the 75th anniversary of the beginning of its operation. The host exhibition Vologda: Russian Lace Capital (Russian Federation) presented the art of lacemaking that originated in Renaissance Italy and Flanders. Along with the presentation of domestic masters of handicrafts and crafts, we in Idrija joined the European Heritage Days, and (among other things) marked the 100th anniversary of the death of the writer Ivan Cankar in the settlement of Zakojca where the writer France Bevk was born. On 3 December, we closed This Happy Day of Culture with the presentation of the catalogue of the temporary exhibition titled On the Outskirts of Hell: Idrija and Cerkno regions 1914–1919.

Read more about the European Year of Cultural Heritage

The majority of European countries join this cultural campaign held the last week of September every year. The fundamental DECH guidelines are to raise public interest in the cultural heritage protection and to present the idea of a common European space. The awareness that cultural heritage can only be protected by people themselves is the guiding principle of the organisers who aim to combine the efforts of various individuals and organisations in as many events as possible. The DECH coordinator in Slovenia is the Institute for the Protection of Cultural Heritage of Slovenia. Over 480 participants organise more than 400 DECH events every year.

Since 2002, we at the Idrija Municipal Museum have been accepting the invitations and organising lectures, museum workshops or exhibitions in the spirit of each year’s slogan. We also traditionally participate in the series of events joined in France Bevk Days where we join the locals and revitalise the writer France Bevk’s home in Zakojca. In 2012, the opening of the DECH in Idrija was held in honour of the success Idrija had achieved that year in the cultural heritage area. The Heritage of Mercury in Idrija and Almadén entered the prestigious List of the Cultural Heritage of Humanity in June 2012, after the 36th regular meeting of the UNESCO World Heritage Committee. 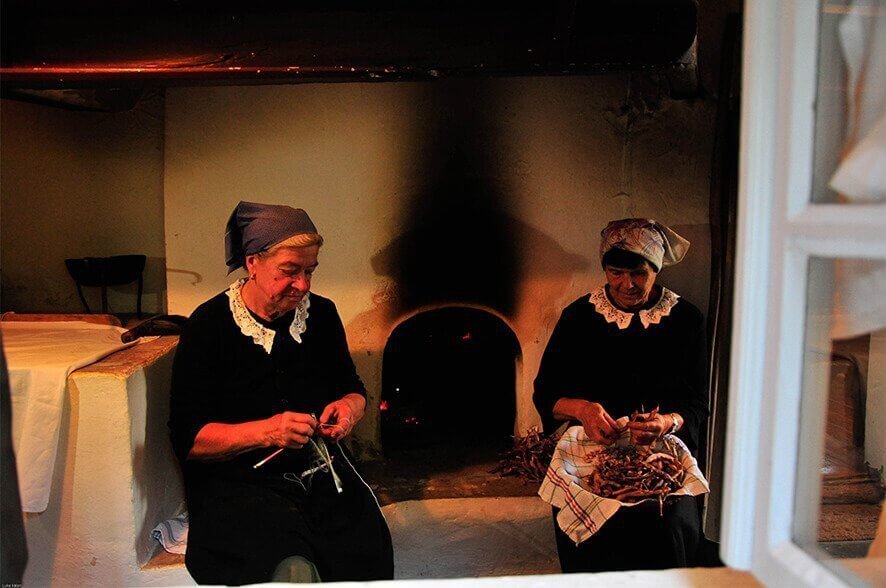 France Bevk was born on 17 September 1890, and died on his 80th birthday. We celebrate this anniversary every third weekend in September by organising a series of events named France Bevk Days. Their beginnings go back to 2006, growing and developing by the year and exceeding local frameworks. Today, they connect several various institutions and service providers operating in culture and tourism in the northern Primorska region. Each year’s programme offers various exhibitions, literary evenings, walks on the Bevk paths and other activities. In cooperation with the locals from the village under Mount Kojca, the Idrija Municipal Museum takes care of the revival of the Bevk homestead in Zakojca, where the annual central cultural event is dedicated to this important compatriot in Cerkno, a writer and a patriot.

The Idrija Lace Festival is the largest event in Slovenia of international reputation dedicated to traditional bobbin lacemaking craft. The event in Idrija – with a break here and there – has been organised since 1953, and is the main promoter of maintaining the heritage of Idrija bobbin lacemaking and the promotion of its development in the direction of finding new possibilities of expression and use. It is held every year on the third weekend of June, when the town is alive with bobbin lacemaking, especially the Idrija lace. The central events of the festival are the Friday opening ceremony and the Sunday competition in bobbin lacemaking for children and adults. The Idrija Municipal Museum has been co-creating a professional festival programme since the beginning with the local and international exhibitions, lectures and meetings. In doing so, we are connecting the Idrija Lacemaking School with the Idrija Lacemaking Ladies Society and the professional institutions and experts in Slovenia and abroad.

Intangible heritage is a less known category in the field of cultural heritage protection. Its international framework is given by The Convention for the Safeguarding of the Intangible Cultural Heritage adopted in 2003, which Slovenia ratified in 2008. The Slovenian Register of Intangible Cultural Heritage was created in the same year with the entry of the first unit — the Škofja Loka Passion Play. The second unit was entered in 2012, i.e. the Mardi Gras tradition or the Cerkno “Laufarija”, which was named intangible heritage of national significance two years later. Two units were added to the list in 2013, namely the lacemaking of Idrija Lace unit and the brass band activity unit – with the Idrija Miners’ Music Society having a special place there. The initiative for these two entries was given by the Idrija Municipal Museum to the coordinator of the intangible heritage protection (Slovenian Ethnographic Museum) in September 2012. The guardians of the lacemaking of Idrija Lace are: the Idrija Lacemaking School, Idrija Lacemaking Ladies Society and the Marjetica Lacemaking Society in Cerkno, as well as a few individuals who are continuously engaged in the preservation, transfer and development of lacemaking knowledge. In 2016, Idrija bobbin lacemaking and Slovenian bobbin lacemaking were named intangible heritage of national significance. Both units were officially entered on the UNESCO Representative List of the Intangible Cultural Heritage of Humanity in 2018 under the joint name of Bobbin Lacemaking.