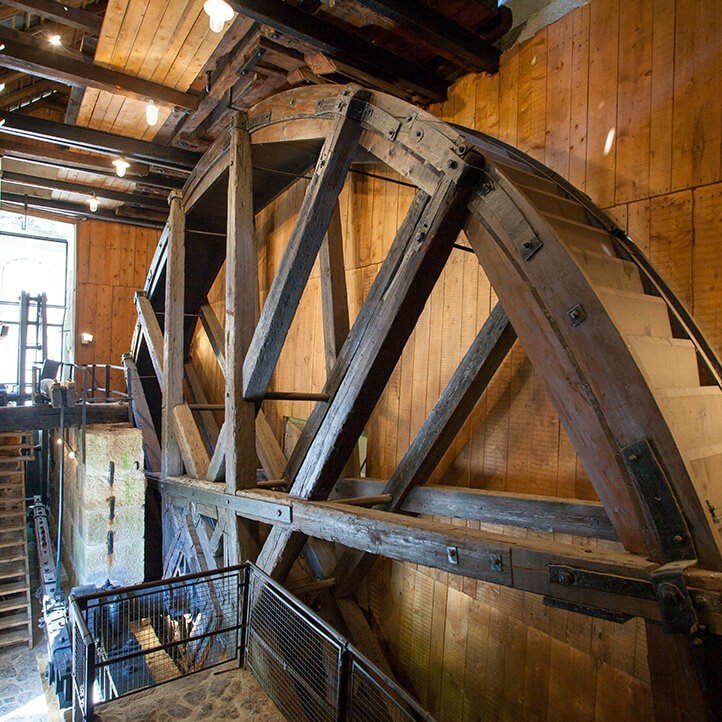 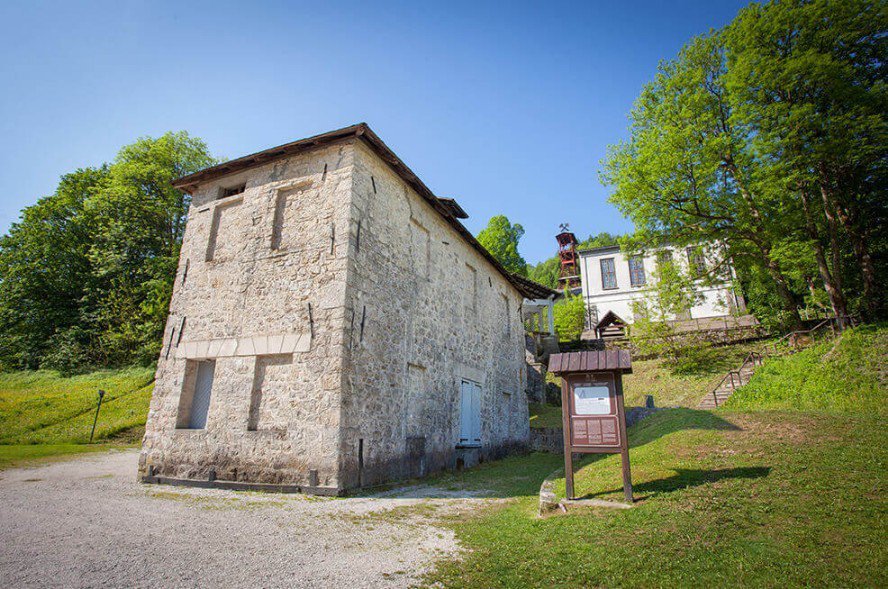 The “Kamšt” is a large water-powered pumping device, which was used to pump the pit water from the Idrija Mercury Mine. The name comes from the German word Wasserkunst and means “water art”. It consists of a wooden drive wheel, a wooden-steel horizontal drive bars, a vertical pumping bars and piston pumps. The special feature of the ”Kamšt” is its huge driving wheel with a diameter of 13.6m. There were many examples of “Kamšt” operating for the mining purposes in Idrija. Only this one at the Joseph’s Shaft is preserved today, it was installed in 1790 and operated for over 150 years, until 1948.

How does the “Kamšt” work?

The device, which pumped water from the depths of the mine, was water-powered itself. It was powered by the Idrijca river stream from the water canal, which was built at the end of the 16th century – at the time of the mine production’s big modernisation. This 3.5km long canal provided a constant and sufficiently strong water flow to various mines in town, especially the “Kamšt”. The water from the canals came in along the wooden gutter above the wooden wheel to its cavities, turning it around at a speed of four to five times a minute. The rotation of the drive wheel shaft was transmitted to the pumping bars – installed in the shaft into the depth of the mine – through the shaft, the connecting rod, the 75m long horizontal power bars and two three-arm levers. The pumping was carried out in three stages – from the first to the second and then to the third piston pumps at levels XI, IX and III, and then into the canal and out. The system allowed the pumping of around 300 litres of water per minute from level XI 283m below the surface.
There were two maintenance workers (kumštajgar) working at the “Kamšt” at the same time. They were responsible for its operation and, in particular, the greasing of spinning and moving parts.

Why did they build these “Kamšt” wheels?

Groundwater penetration into mine pits was very common and a major problem in the operation of mines, and pumping the water from the pit was one of the most difficult, the most expensive and also the most dangerous tasks. During the entire time of its operation, the Idrija mine invested considerable financial assets in order to solve this problem — in the construction and installation of new and more efficient devices. They were able to pump the water with the original winches from a depth of some 40m, even much more powerful capstans could only raise it from a depth of around 100m. Tremendous progress in water pumping technology came in the form of the “Kamšt” wheels – water-powered pumps, which were built in Idrija from the beginning of the 16th century. They were installed at the Achatius’ Shaft (1533), Barbara’s Shaft (1604), Theresa’s Shaft (1736), Joseph’s Shaft (1790), Francis’ Shaft (1792) and Ferdinand’s Shaft (1836). They were so effective that some of them were operating even after the mine had started to use steam power for this purpose.

The “Kamšt” is a water-powered pumping device used to pump cave water. Only one “Kamšt” among many is preserved today in Idrija, dating back to 1790. Its special feature is a large water drive wheel that has a 13.6m diameter and takes 13 sec to make one full circle. At the same time, approximately 300 litres of pit water was used at a depth of 283m. Experience the mightiness of the largest wooden drive wheel in Europe! 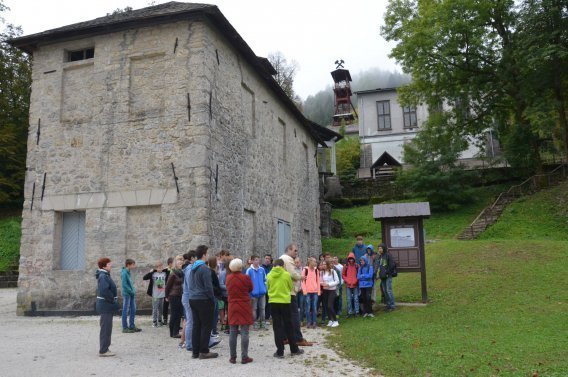 Tours only possible when accompanied by a museum guide.
Entrance fee
EUR 4.00/person (adults – individually, groups)
EUR 3.00/person (youth – individually, groups)
* In addition to the entrance fee, groups of adults with fewer than 10 persons shall be charged a guiding service fee of EUR 50 per group. In addition to the entrance fee, groups of young people wA family tour includes one (1) free ticket for an elementary or secondary school student. Free admission for preschool children. Retired people (individuals, groups) qualify for a 10% discount. If you visit two museum premises on the same day, entrance to the third one is free of charge. The price list shall apply from 01/01/2019.

You can visit the Idrija “Kamšt” when accompanied by a museum guide arranged at Gewerkenegg Castle reception. After you take a walk through the city centre on the street of Lapajnetova ulica to the Post Office building next to the bus station where you turn right and continue along the street of Vodnikova ulica, passing the sports facilities, the Mesto hydroelectric plant, and follow the road along the Idrijca River. After about a 5-minute walk, the building of the Idrija “Kamšt” wheel is in front of you.
Scheduled groups can meet the museum guide at the bus station or at the location. Idrija “Kamšt” is about a 10-minute walk from the bus station. 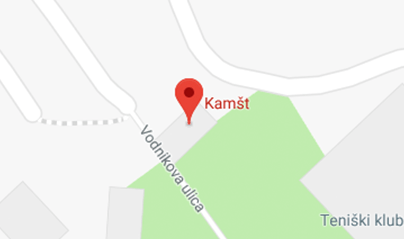 Opening hours
Tours only possible when accompanied by a museum guide.
Contact
+386 (0)5 37 26 600tajnistvo@muzej-idrija-cerkno.si
Did you know?
The lifting and pumping of pit water is important in the history of the technique, in particular in mining. The water on the surface powered the water lifting and pumping devices, the machines for washing and grinding the ore, the forging hammers and bellows, and the blowers for airing the pits as well as the saws and the mills. Also, the water had to be constantly removed because of its threat to work in the pit. 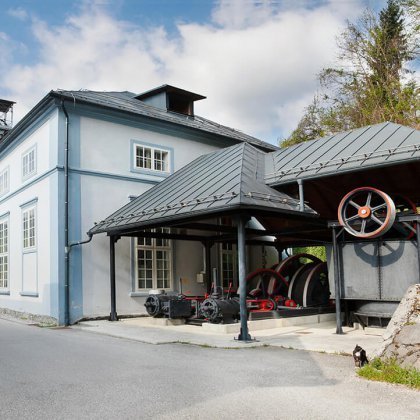 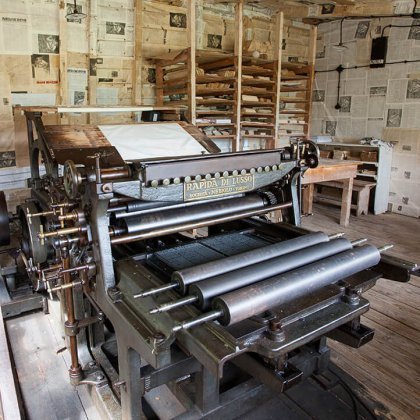